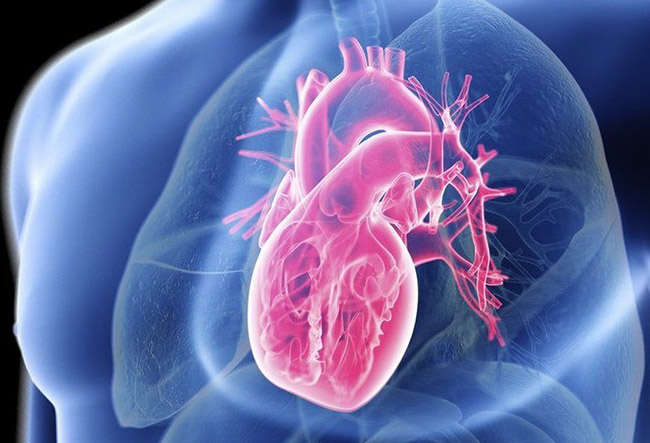 Spending very long periods of time in space has something in common with extreme endurance swimming: both can cause the heart to shrink.

That's the conclusion of a study that compared the effects of astronaut Scott Kelly's year in space with a marathon swim by athlete Benoît Lecomte. Both remove the loads on the heart that are usually applied by gravity, causing the organ to atrophy.

Exercise wasn't enough in either case to counteract the changes to the heart. The study was led by Dr Benjamin Levine, professor of internal medicine at the University of Texas Southwestern Medical Center in Dallas, and is published in the journal Circulation.

The research has implications for very long-duration journeys in space – such as the expeditions to Mars which NASA plans to mount in coming decades.

"One of the things we've learned over many years of study, is that the heart is remarkably plastic. So the heart adapts to the load that's placed on it," Professor Levine, who is also director of the Institute for Exercise and Environmental Medicine, a collaboration between UT Southwestern and Texas Health Presbyterian Hospital Dallas, told BBC News.

The lack of gravity reduced loads on Scott Kelly's heart, causing it to lose mass, NASA

"In spaceflight, one of the things that happens, is you no longer have to pump blood uphill, because you're not pumping against gravity."

Scott Kelly spent 340 days aboard the International Space Station (ISS) to allow scientists to study the effects of long-duration flights on the human body.

On 5 June 2018, Benoît Lecomte embarked on an effort to swim the Pacific Ocean, having previously traversed the Atlantic.

He swam 2,821km over 159 days, eventually abandoning the attempt.

Swimming for very long periods also changes the loads placed on the heart by gravity because the person is in a horizontal position rather than vertical.

Lecomte swam an average of 5.8 hours per day, sleeping for around eight hours each night. This meant that he was spending between nine and 17 hours each day in a prone state.

Scientists sometimes use bed rest studies to simulate spaceflight because lying down eliminates the head-to-foot gradient that places a load on the heart. But Prof Levine said water immersion for long periods in a horizontal position is an even better model for time spent in orbit.

"Now you take away the head-to-foot gradient and then you put the person in the water, so you adjust that gradient too. It's just about like being in space," said Prof Levine.

Because both men were no longer pumping blood uphill, as Prof Levine puts it, their hearts began to lose mass.

"When we look at the left ventricle [of the heart] we see about a 20-25% loss in total mass over the four or five months that Mr Lecomte was swimming," said co-author Dr James MacNamara, also from the UT Southwestern Medical Center.

"We saw specifically 19% and 27% of mass lost for Captain Kelly over the year."

Exercise, however, counteracts the process of mass loss. Astronauts on the International Space Station (ISS) are already subjected to an intense exercise regime to mitigate the muscle and bone wastage that also occurs in orbit.

Even so, this exercise regime wasn't enough to prevent the heart atrophy seen in Captain Kelly.

At the start of the study, researchers had wondered whether the amount of physical exercise Mr Lecomte was doing in the water might be enough to prevent the heart tissue wasting.

"I absolutely thought that Ben's heart would not atrophy. That's one of the nice things about science - you learn the most when you find things you didn't expect," said Prof Levine.

"It turns out when you swim for that many hours a day, it's not like Michael Phelps, he's not swimming as hard as he can."

Instead, Mr Lecomte kicked his legs relatively lightly throughout. "It's just not that much activity. Low levels of physical activity do not protect the heart from adapting to the absence of gravity," said Prof Levine.

The heart adaptations, however, aren't long-term - both men's hearts returned to normal once they were back on terra firma.

But chambers in the heart known as the atria expand in space, in part because of changes in the way fluid passes through. This might lead to a condition called atrial fibrillation, where the heart beats fast and in an irregular manner. It can impair exercise, but may also increase the risk of stroke.

There's also another risk to this vital organ from space travel. The higher radiation levels in space might accelerate coronary heart disease. Astronauts are screened for atherosclerosis, but they are generally middle-aged when they go into space and scientists know this is a problem that builds with age.

This is important because suffering a heart attack in space could be catastrophic.

Prof Levine is part of a NASA programme called Cipher that will send another 10 astronauts into space for long-duration missions. The researchers will subject the crew members' hearts to a number of different tests and high-tech scanning methods for a more detailed picture of heart function in space.